Well, we finally got three days of rain, which is good because the ground was bone dry, even if the air continued to be a sauna.

Most Valuable Non-Native Player is usually Walker’s Low catmint, an unspeakably durable non-reseeding perennial, but this year it’s getting a run for its money from a tropical annual cuphea, which is still flowering even now, and the Japanese salvia, Koyame, which is a late flowering part-shade salvia. Both very attractive to bumblebees, although the cuphea is also bringing in small pollinator wasps.

Not doing as well are the lion’s ear and the black-and-blue salvia. The lion’s ear is an annual here, and reasonably attractive to hummingbirds, but so are a lot of other things that aren’t as floppy and picky. The black-and-blue is very vigorous (wildly vigorous) on a dry slope but I think would do better if I cut it back about once a month. Hummingbirds like it, too, but nothing else seems to care that much.

The fig has lost its mind and I’m gonna have to take after it with a saw once I’ve harvested all the figs. It went from a stub to a roaring green giant that’s approaching the second story.

Can’t say that the swamp milkweed is thrilling me. I grow milkweed because I hope for monarchs, but I’ve never had a caterpillar and the plants…ah…do not hold up well to the weather. Limp, brown, dead and aphid riddled, with moldy seed pods. I’ll keep growing it, of course, because someday a monarch will wander in, but I may move it to a low traffic zone, because at the moment it looks like something you’d find in the bottom of the veggie crisper four months after the CSA ended.

This leads us to the problem of soup beans, yet again. “Leave the beans to dry on the vine,” suggest the various books, written mostly by people who do not live in the South. This is how you’re supposed to harvest the seeds for next year, too.

Har har. One year in three, maybe, I get that option.

The rest of the time, in late summer/early fall, the bean pod turns into a thin, moldy tissue over the beans, and the ones I don’t get to fast enough actually sprout inside the pod from the moisture, so you get little white snouts poking out of the bean pods. They are not going to dry on the vine. They are not going to dry anywhere, except inside the house. Autumn is the season of mold here.

(This, incidentally, is the reason that the much-maligned Ojo de Cabra has failed me, I come to find out. It finally threw dozens of heavy pods, a month after all the other beans had mostly finished. The problem is that a month late gets us firmly into slime-and-mold season. The plant is extraordinarily vigorous, so the leaves are brilliant green and the older pods are hanging sorrowful and slimy underneath it.)

So now my ideal bean is short season, heat and humidity tolerant, vigorous and mildew-resistant. The astonishing thing is that I’ve got at least three that fit that bill. Beans are a remarkably gracious plant. I’ve harvested enough beans to make soup and chili a couple times this fall, and next year the hard part will be finding room for all the new varieties I’m experimenting with. 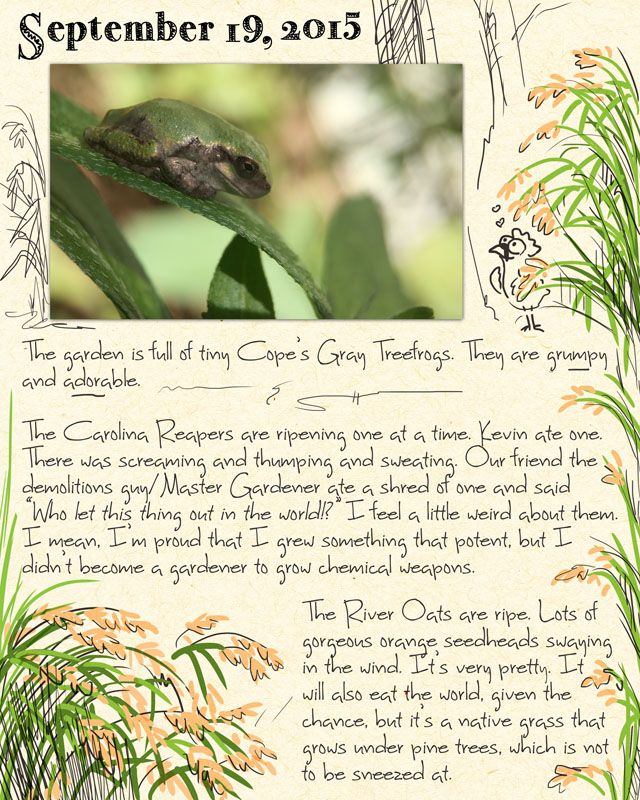 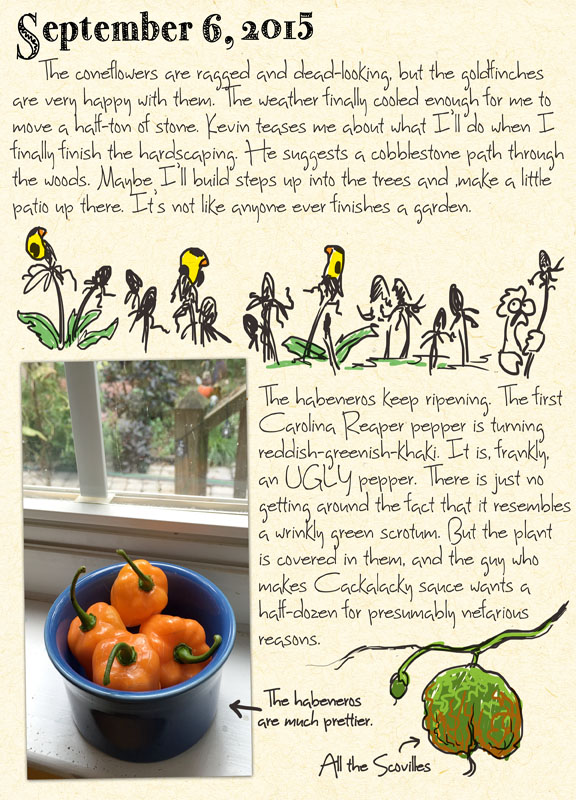 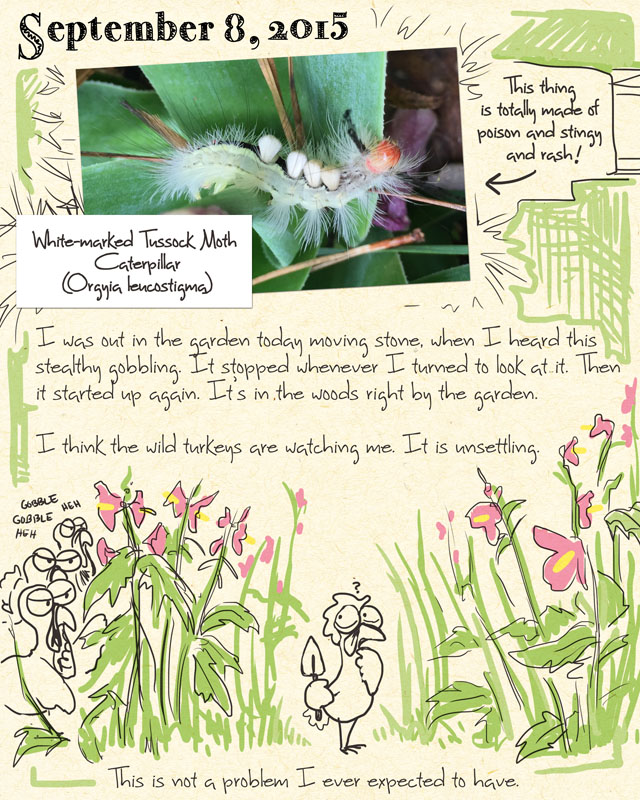 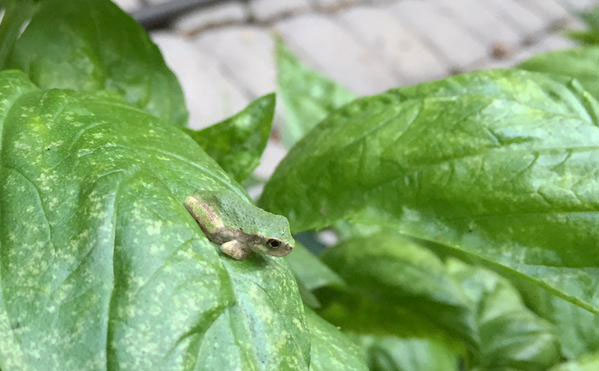 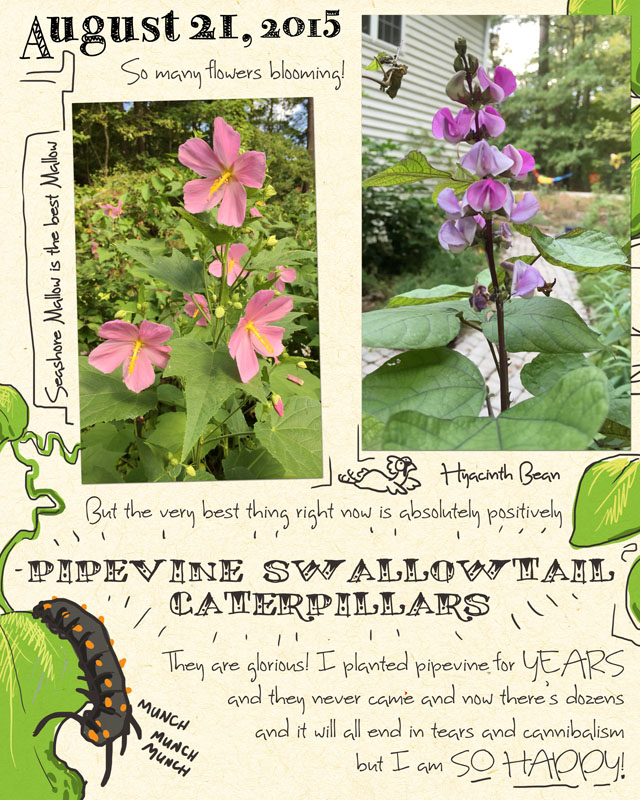 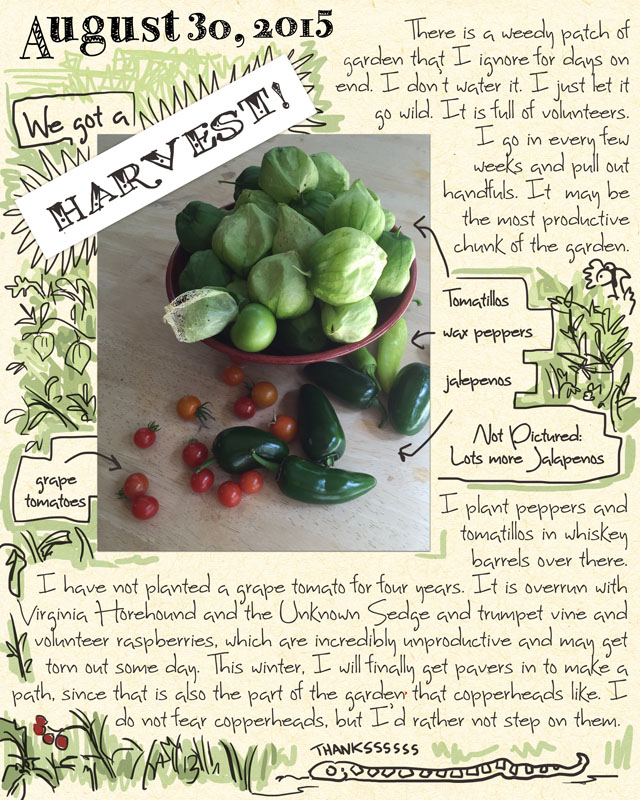 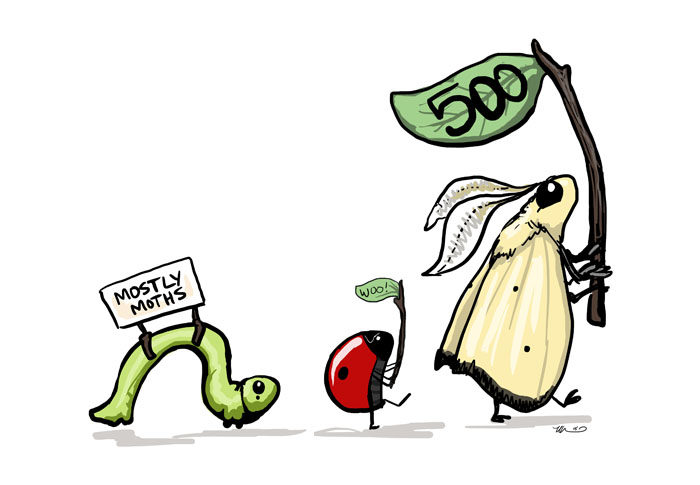 With the addition of the Black Bordered Lemon Moth, we’ve hit 500 species identified in the garden! (Half of them are moths.) 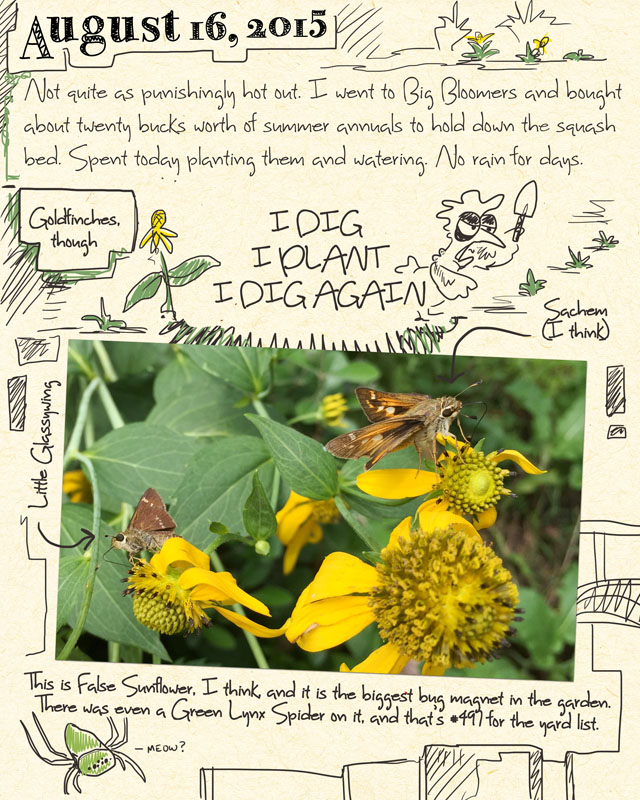 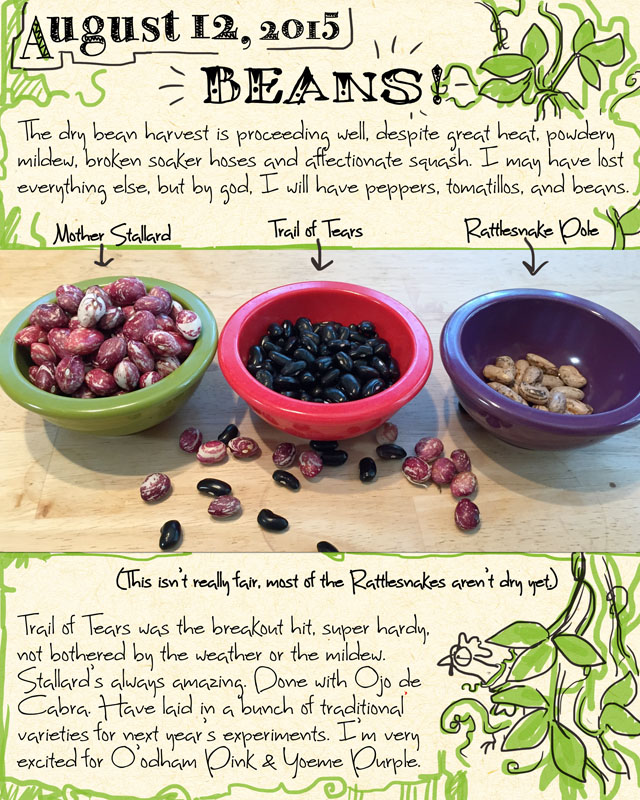 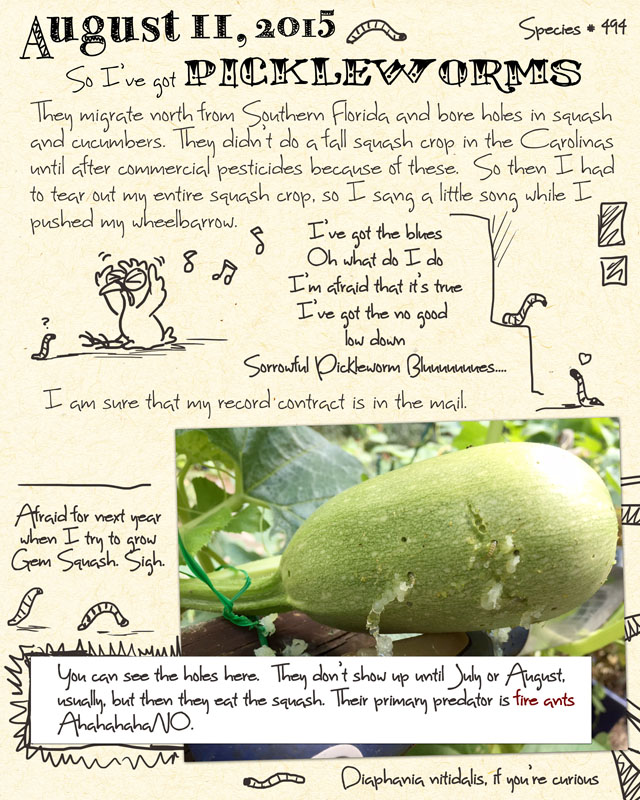 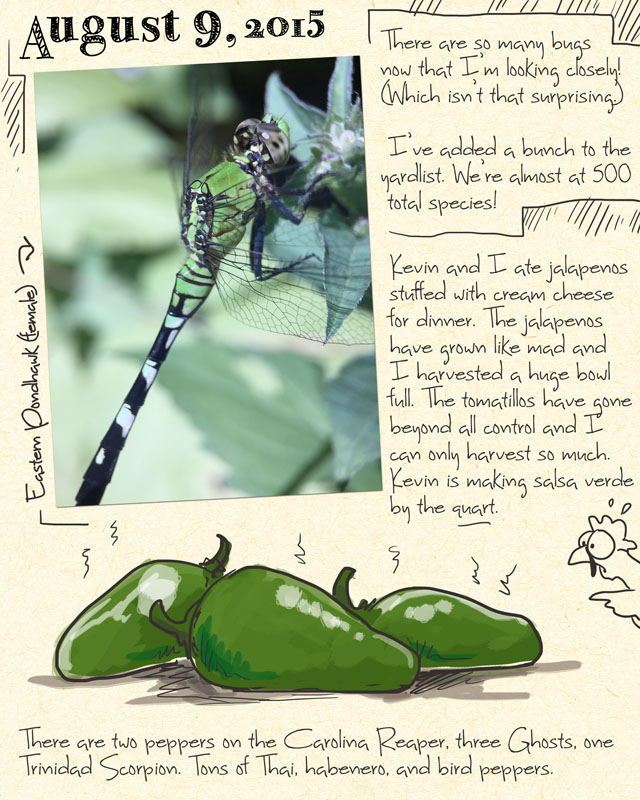