Random Things In The Garden

So my hickory tree—the big one outside my window—is being systematically defoliated by a pack of walnut caterpillars. They are large and look stingy, with their long white hairs, they congregate in groups, and they are quite large. Even a relentless friend of wildlife such as myself will admit to bein’ a little squicked out. Given their size and how actively they move, it’s kind of like having a group of boneless, elongated mice crawling along the tree.

They are also going to be eaten by more or less everything, so that’s okay.

In happier news, new species keep on appearing in the garden—I’ve added the Rosy Maple Moth, Hoary Skipper (very similar to the far more common Silver-Spotted Skipper) and check out what volunteered in the pasture area up front! (Some day I will hire somebody to mow an edge around it so it looks more intentional and less like Two People Who Don’t Give A Shit Live Here,* but honestly, the neighbor on that side is a beekeeper AND has rusted trucks in his yard, so frankly, he doesn’t care. And the soggy area down at the bottom is getting increasingly interesting. I put in the Joe Pye Weed and the Swamp Sunflower, but this stuff showed up all on its own.) 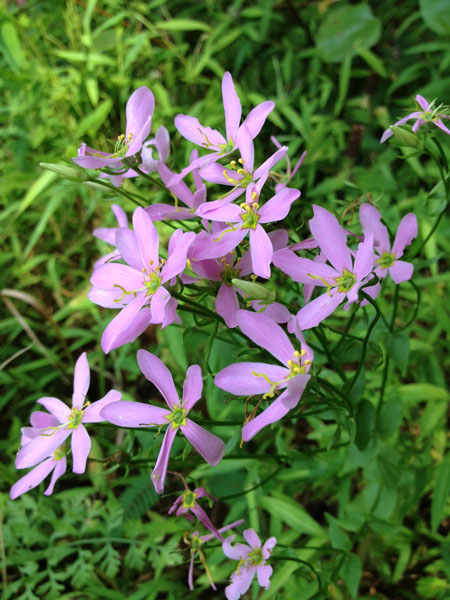 It’s a biennial and will hopefully seed enough to return in a year or two, as I am perfectly delighted to have it in residence.

The starry rosinweed continues to host All The Butterflies All The Time. 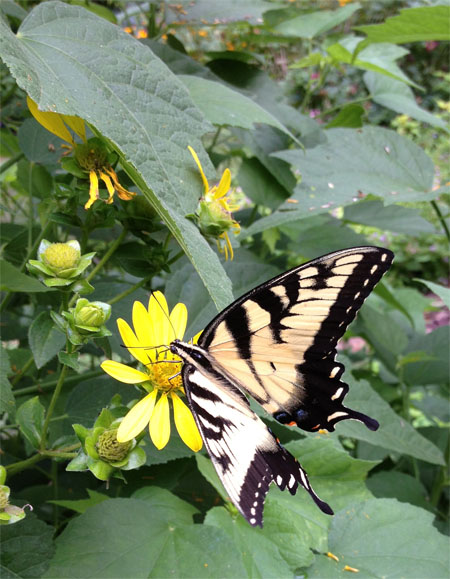 And I found this little guy on the dwarf ironweed. He looked…pointy. If anybody knows what he is, give a yell! 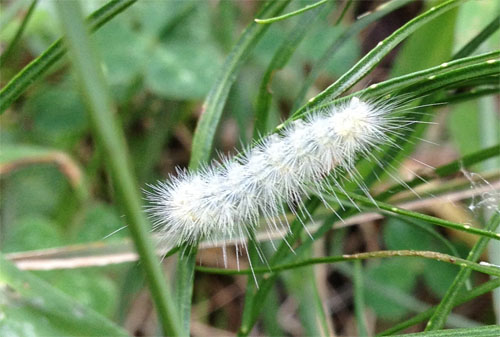 *Not that this isn’t true.