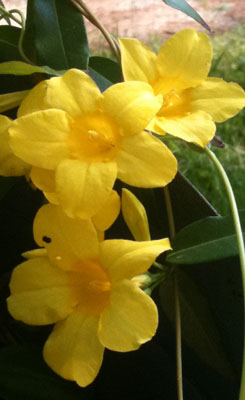 Weird quirk, I admit—but I am secretly convinced that flowers don’t count if they were on the plant when I bought it.  So I can plant a plant with flowers currently on it, but those are not MY flowers—they belong to some greenhouse keeper somewhere else—until next year, when if the flowers return, I get to claim them.

On the other hand, if the plant doesn’t have flowers when I buy it, and I plant it, and then it flowers, they do belong to me, assuming that a suitable time has elapsed (i.e. at least a couple of weeks.)

I don’t claim to be logical about this.

None of this particularly matters except in vague personal satisfaction that I have made a plant happy enough to flower, but there y’are. (Bugs and birds, for whom I grow most of these things, are completely uninterested in these concerns, of course.)

My Japanese roof iris just flowered, although I don’t have photos. Japanese roof iris is an interesting little plant, and supposedly tough as nails—I stuck it in a trouble-spot that’s deep shade most of the day, gets two hours of murderous afternoon sun, and is also under a downspout and thus perpetually soggy. It’s surrounded by native Carex sedges, which I know will do fine there, but I’m hopefully on the iris, since I’m a sucker for Japanese iris, and this one is interesting in that it was traditionally grown on thatched roofs, owing to a command by some shogun or other that because the country was at war, all available arable land would be used for food crops.  The iris weren’t even grown because they’re beautiful, but because the root was used for cosmetics.

The following flowers are currently flowering, and make me stupidly happy. 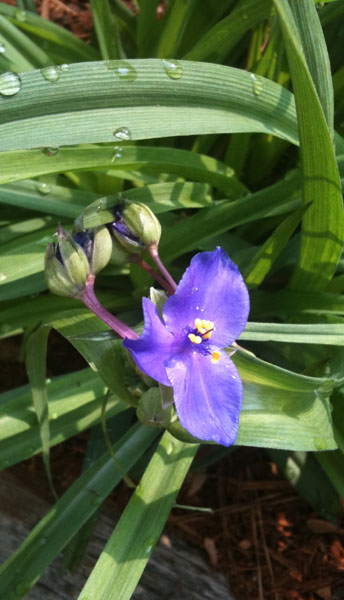 Baptisia, "Carolina Moonlight" --- Seems to flower a week or so before the purple ones.